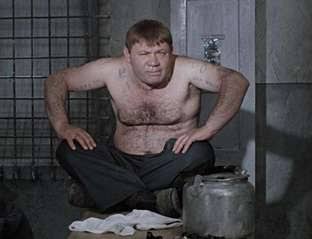 Today I participated in a wonderful virtual dialogue with my  brother-in-Castalian-spirit, British writer Andreas Smith, on the practicability of Kant’s categorical imperative.

Andreas Smith challenged my obsession with Kantian ethics in a very elegant way, ‘A fascinating discussion, but I do think that Kant’s theory of the categorical imperative, though certainly one of the great visions of ethics, is unfortunately a failure in its practical application. In essence it is a principle of action, or duty, that requires that the ethical maxim upon which the action is to be based also be capable of being made universal for all rational beings. This entails that the maxim be actively thought in its universality, which requires great logical skill, much more than the normal person is perhaps capable of. It’s not good enough in Kant’s theory merely to act in accordance with the maxim: rather, one has to act for the sake of the maxim. That great thinkers since Kant have disagreed among themselves as to which maxims are truly capable of being made universal is incontrovertible proof, to my mind, that Kant’s theory can’t be a total solution, despite its brilliance. The man in the street would have no basis for his actions, in an ethical sense, if he were incapable of thinking out the logic of the maxim to test its universal character. And yet ethical action often demands quick decisions, not years of theorising. I’ve never come across a solution to this problem with the categorical imperative. This is why, in my experience, people usually follow, more or less, the simple principles they have been taught from mainly religious sources, for example, the Gospels, whether or not they believe in God. There is little else to live by, unless one wants to go along with the brutalities of Nietzschean will-to-power, the naivities of evolutionary psychology, or the social control of totalitarian politics’.

In my turn I tried to grope for a practical solution to this obvious impass, ‘You are fully right, there is no practical way to verbalise Kant’s moral imperative in order to turn it into a practical maxim easy to follow and adapt. We obviously can’t verbalise what’s absolute and belongs to the divine reality beyond rational terms but still there is  a very reliable mean for a practical bypass. That is acting in accordance to conscience! Conscience is a part of the same supreme reality which is simultaneously impossible to verbalise and very early to follow in ordinary life. Conscience is directly related to the same moral imperative  not in a rational way but intrinsically through its own congeneric intimate nature. Miraculously acting by conscience almost always coincides in its results with acting by common religious Commandments. The difference is that acting by Commandments is an expression of rational and socially determined behaviour, but acting by conscience is an expression of rationally incomprehensible duty. Here we meet Kant again :) this theory of conscience was always very popular among  Russian thinkers from Sergei Bulgakov (not to be mixed up with the writer Mikhail Bulgakov) and Nikolai Berdyaev to Solzhenitsyn. If you remember my article to which you contributed so graciously by editing, you will bring back that the pivotal point there was acting by ‘ponyatiya’, some weird moral principals, which Russians adapted in their social life as a substitute for law. These ‘ponyatiya’ are a vulgarized adaptation of a Russian national obsession with acting by conscience. From a social perspective this primitivisation of society is an obvious retardation, but ethically I believe that this Russian naive conscience substitute (=  ‘ponyatiya’) is much closer to Kant’s moral imperative than the modern society based on law’.

At this point my beloved Alma mater buddy, today a prominent academic scholar, professor Konstantin Krasukhin, decided to add some fuel to the fire, ‘A very interesting discussion! But about Kant’s categorical imperative. It is based on the concept of freedom. Freedom provides the people understanding any consequence of any her/his action. Therefore s/he must act according the General Law. In other words a people is a judge for himself. This subjective utterance makes Kant’s ethic an objective theory!’

Well, that turned out to be an easy catch for me, ‘You are absolutely right, my another brother-in-Castalian-spirit, regarding the freedom in Kant’s urging to act in accordance with the imperative. But the freedom itself explains nothing on the rational level :) There is no direct link or passage from a feeling of being free to the need of acting in accordance with the imperative :) That’s why Kant brings in the concept of duty in an attempt to cover the rational gap! Russians bring in conscience.’

The British writer dared to insist, ‘The way I see it is that Kant assumes freedom in order to make ethics possible, that is, the autonomous will choosing to act for the sake of duty in furtherance of rational principles (categorical imperatives), independently of inclination, emotion, etc. But this rules out any consideration for the consequences of an action, as in  utilitarianism and other consequentialist theories. The good will derives its goodness, for Kant, from grounds that do not involve thinking about consequences at all. Contrariwise, an action that has ‘good’ or beneficial  consequences can’t be counted as good in the Kantian sense unless it results from a good will. A striking example is the debate in the German parliament in the wake of the 911 attacks in New York: the Germans decided, using classic Kantian thinking, that it would be immoral to shoot down an airliner full of passengers, say 200, in order to save thousands of people on the ground. In short, no consideration of beneficial consequences can make an unethical action right, said the Germans. Nonetheless, my difficulties with Kant’s ethical theory don’t preclude my finding it ‘sublime’. It is perhaps the clearest statement of ethical thought and its difficulties and problems ever written.‘

And then I suddenly realised that all three of us share the same view of the same sublime notion impossible to implement upon rough human reality.